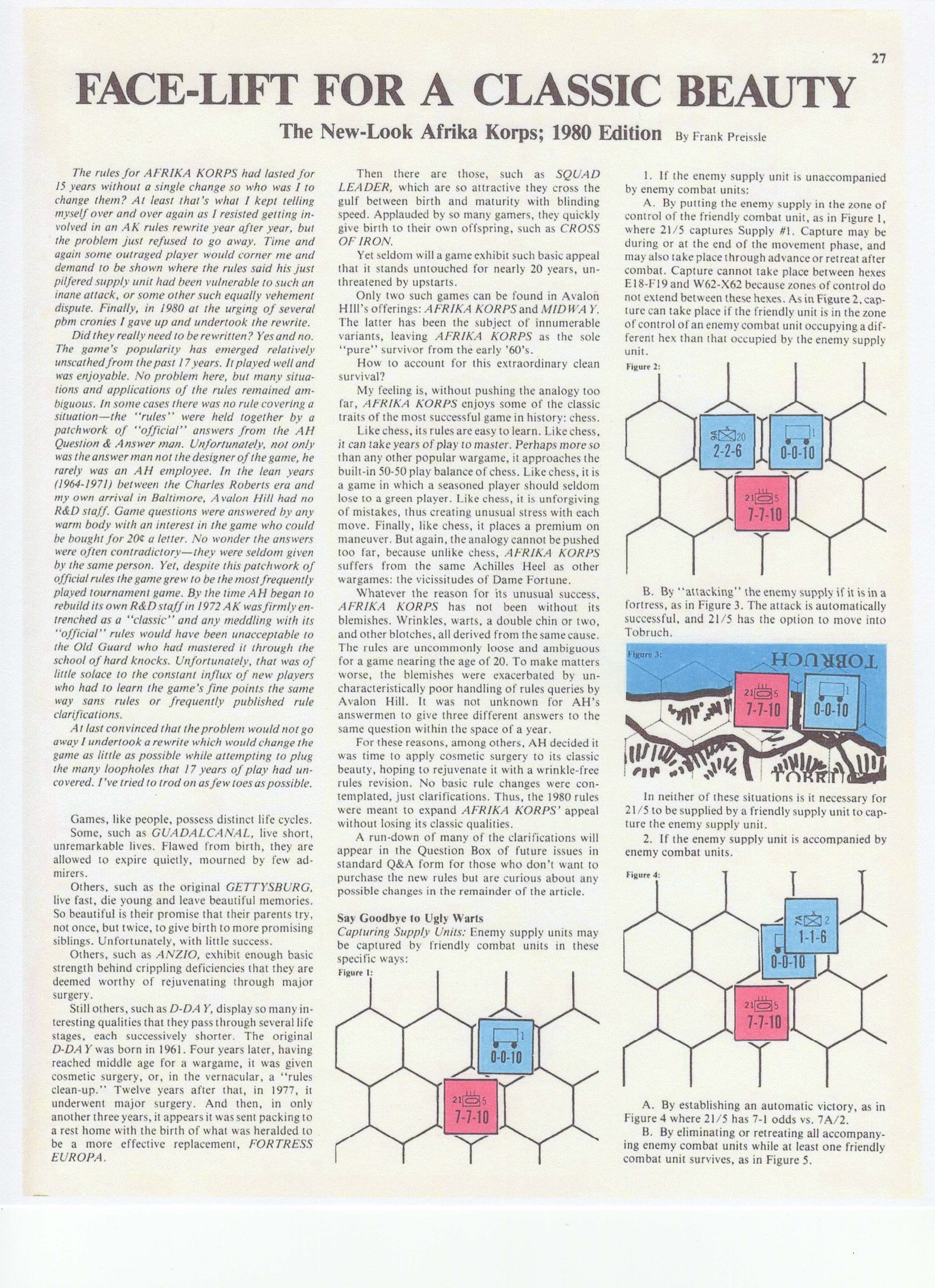 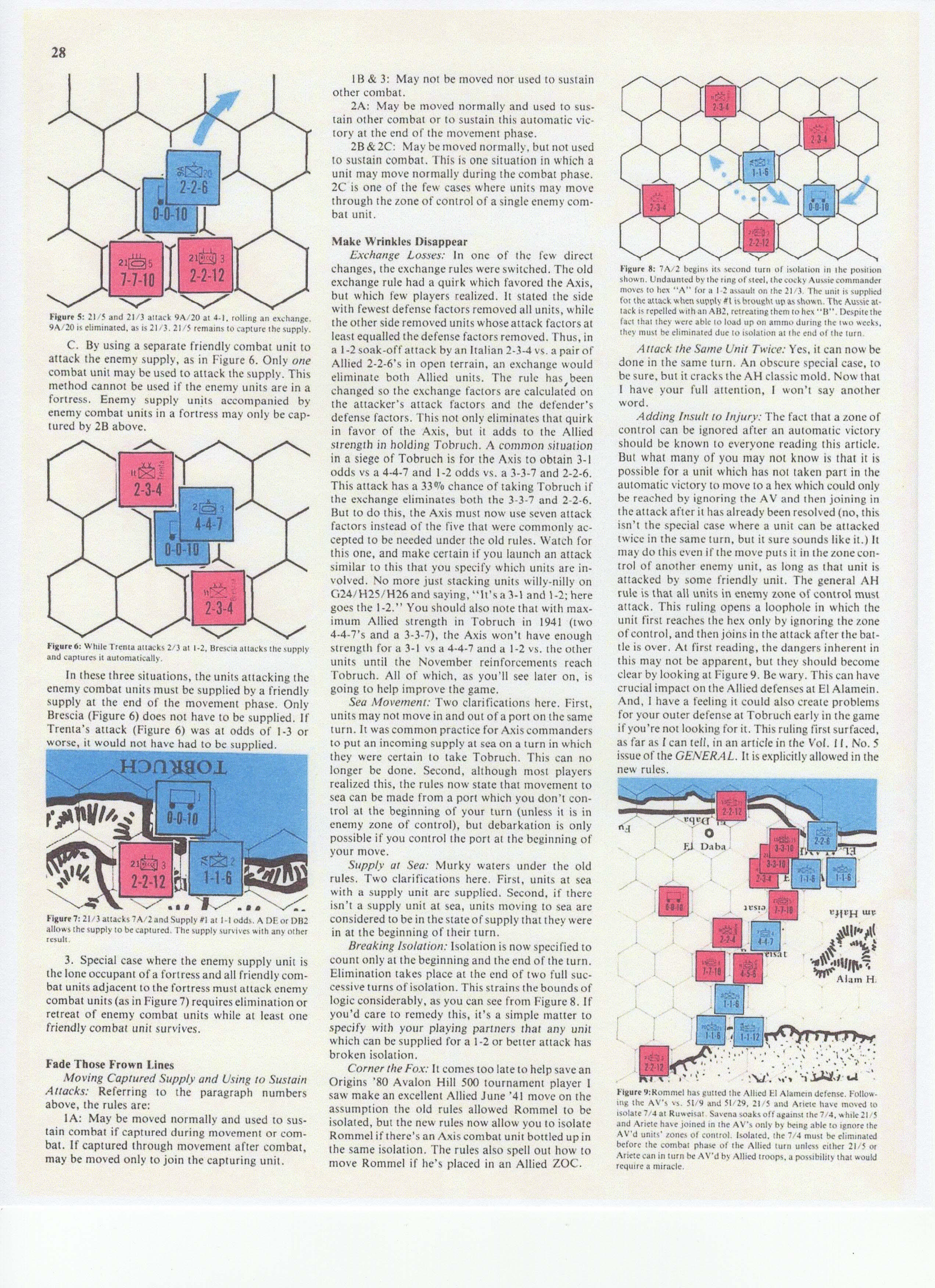 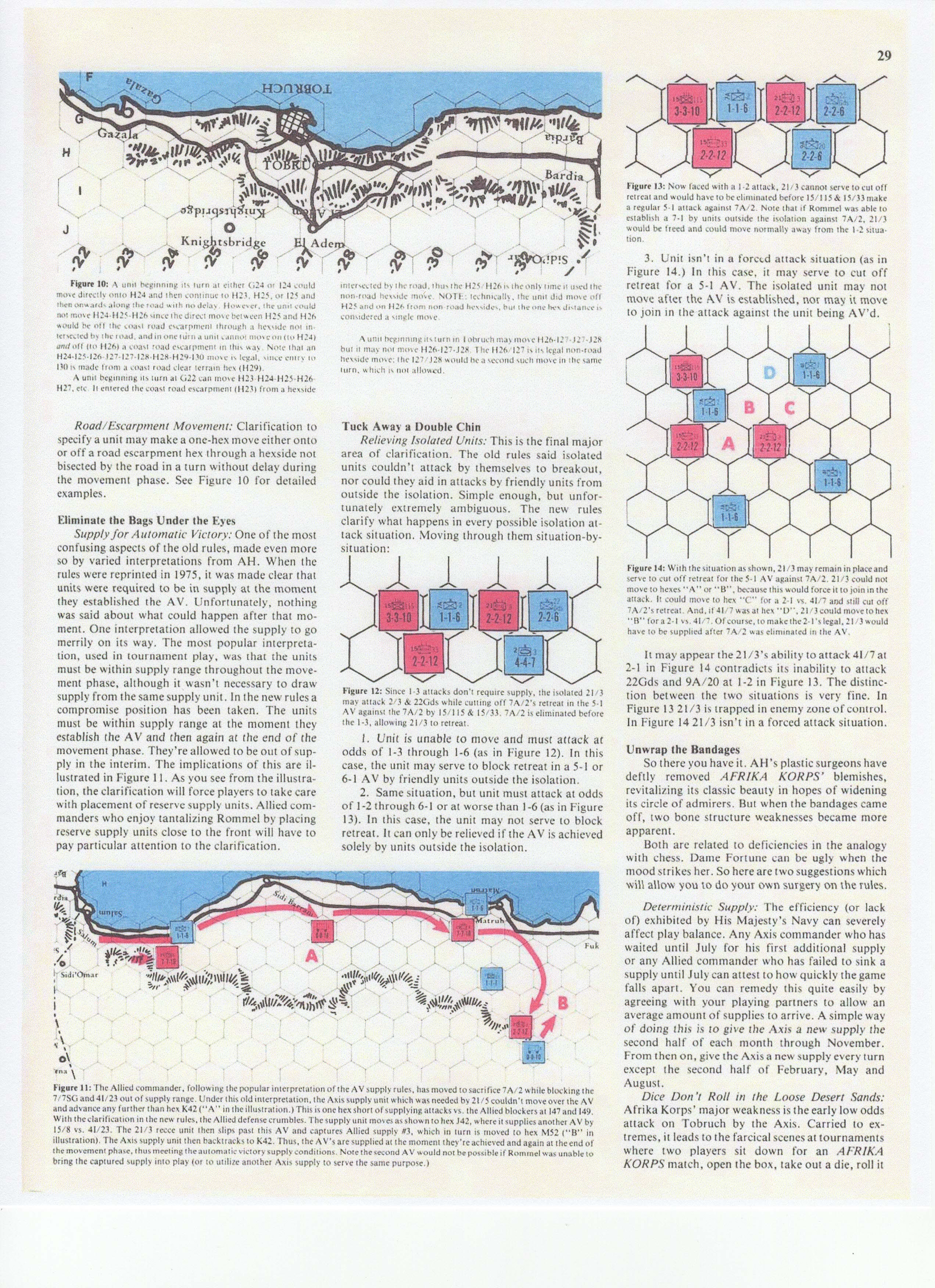 Rommel launched his first assault on the Tobruch defenses on April 12, 1941. Fourteen months later, June 20, 1942, the fortress fell. Why should Tobruch fall in AFRIKA KORPS on June 1, 1941? If you want to shoot craps, try Vegas, Atlantic City or your local floating game.

So what can be done to remove this nastiest of all blemishes? You might try any of these variants:

1. Forbid attacks against Tobruch until June, 1942 unless there is a 100% probability of taking the fortress. This forces the Allies to garrison Tobruch with up to six combat factors. And it will force the game's best qualities to the fore.

2. Forbid the Axis from attacking Tobruch
until June, 1942 unless the fortress is certain to fall to a series of battles in which Axis losses are at a maximum level (i.e. all 1-6 through 2-1 attacks end in AElim, and all 3-1 and 4-1 attacks end in Exchange). Not as clean a variant as the one above because of the calculations required, nevertheless it will prohibit most of the 3-1 & soak-off series of attacks over three to five successive turns by an Axis commander hoping to avoid exchanges.

3. Forbid the Axis from taking Tobruch prior to June, 1942 as the result of success in 1-2, I-l or 2-1 attacks. You can just forbid attacks at these odds. Or you can specify that one Allied unit involved
in the attacks must survive DE, DB or EXCH results. All of these variants should be contingent upon Allied control of their Home Base. If it is lost, the Tobruch attack prohibitions should be discontinued.

If you've been turned off from AFRIKA KORPS by the luck factor, these variants could change your mind about the game. And there's no doubt you'll find it a much more appealing companion as a result of the new rules edition. Give it a try